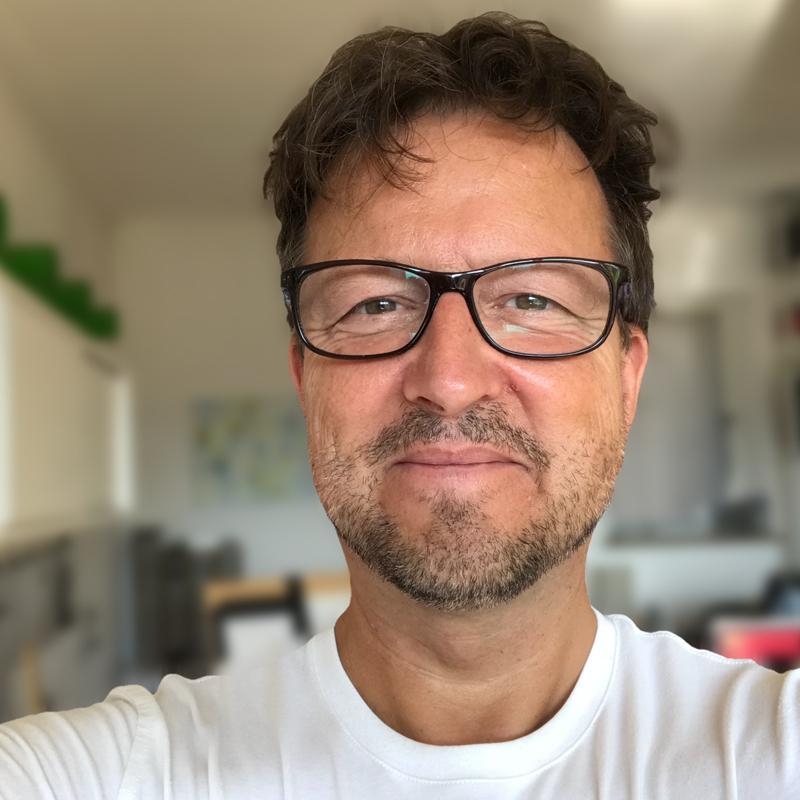 Biography
my first great love was music, I studied music and composition at the german music academies in stuttgart, munich and at the austrian mozarteum in salzburg. afterwards I worked for a few years as an orchestra musician in a professional orchestra. at the same time I composed my own works for a wide variety of ensembles.

This was followed by film studies with subsequent artistic work at major international film productions. creative potential was already evident in the storyboards and scripts that I created for productions.

In 2008 I went freelance as an artist, working as a filmmaker and composer with many productions, artists and ensembles. I constantly tried to combine the music with the moving image. I always think in terms of sounds and images. My pictures are always associated with music and vice versa.
for an opera production, I should design the stage in the form of self-created images for large-scale projection. here I was able to continue my creative work, which I had already started in the 80s. I transformed the scenographies and visual interpretations of the operatic material into stage-sized projections that were created using an opulent mixed technique, thereby rediscovering my artistic and visual side.

This was so inspiring that I began to let my intuition run free and to add further images to my cinematic-musical language. topics that inspire me, that want to express themselves in myself or “that call me”. in this respect, my works are images that are created using a wide variety of mixing techniques. they are very large and rich in detail, full of imagination or express something that words are incapable of.

I would like to dedicate my works in limited editions or as unique pieces to those who feel emotionally addressed by this creative language.
since I come from the stage design, my works are rather large and are primarily suitable for correspondingly representative or generous spaces or free walls.

but you also notice that as a filmmaker I think and feel in musical moving images what makes my work sometimes look like stills from a movie. I let himself into the moment, my feelings, thoughts and associations, don't care about conventions, dare the unusual and turn the moment into eternity. this makes it possible to immerse yourself in these pictures over and over again and constantly gain new experiences. Last but not least, my works are also like large-scale musical compositions, born from the moment, that invite you to linger.
Sort By:
Artist Works
DE LIGHT
P8177
Venetian Bridge
P8167
COALSCE 01
P8173
FEMALE INTIMACY
P8178
From Behind 2
P8174
Sightseeing
P8166
Strawberry falling apart
P8096
LEVATISM
P8176
Lingam Massage
P8168
VULVA
P8179
In Love
P8165
Express Myself
P8163
From Behind 1
P8164
Enjoy To The Fullest
P8171
FEMALE 01
P8175
BODYSCAPE 01
P8172
×

The world's best in provocative art

Straight to your inbox

Let us show you something you haven’t seen before. Welcome to Art Provocateur Gallery.

By clicking "Join Now" you acknowledge that you are 18+ years of age and agree to receive the Art Provocateur Gallery newsletter from which you can unsubscribe. You agree to APG's Terms of Use and Privacy Policy.